PNG Boxing Union in second phase of its program 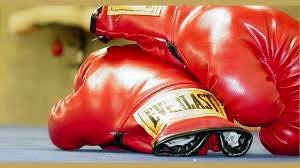 The PNG Boxing Union moves into the second phase of its program to qualify boxers on
merit for this year’s Rio Olympics when four boxers leave for the Philippines this Sunday.
Charlie Keama 52kg, Thadius Katua 60kg, Andrew Aisaga 69kg and Jonathan Keama 75kg will spend two weeks in Baguio, Philippines on the next leg of their High Performance Training.
The first phase started on February 15 at the High Performance Centre at the Aquatic
Centre, Taurama with the rest of their Elite squad members. However, the team had to be reduced due to the stringent standards set by the PNG Olympic Committee.
PNG Boxing Union Secretary General Dr Gideon Kendino when announcing the finalized
squad encouraged female boxers Debbie Koare and Raphaela Baki and the other Elite
members to maintain training as “we will identify other high level competitions to ensure
you are continuously measuring your standards against much better opponents”.
He said this was in order that PNG maintains its position as the top Pacific nation after
winning eight (8) of the 13 gold medals on offer at last year’s Pacific Games in Port Moresby.
To the four who were retained from the nine (9) initially named in the Elite Squad, Kendino urged them to prove that they can be competitive on the international stage.
After the Baguio camp, the team flies to China for the Asian Oceania Olympic Qualifying
event in Qian’an City from March 23 to April 3.
“This is a step up in class to the Pacific Games, in fact a big jump in standards to a much
higher level of competition where the best of Asia and Oceania boxers will be all fighting for the three spots in each weight division,” Kendino said.
The top three of each weight category will qualify for the Rio Olympics in August.
Kendino used the opportunity to thank the PNG Olympic Committee, its board and the
secretariat led by Secretary General Auvita Rapilla, her deputy Andrew Lepani, and other staff who provided invaluable assistance – both financially and administratively, to ensure the boxing team attended the Olympic qualifiers.
The qualification process is funded under PNGOC’s Olympic Solidarity program.
Head coach Joe Aufa is on a two-prong assignment as he will also travel ahead to China to attend the AIBA Star 3 Coaching Course.
Union President John Avira, who has been very busy with the repatriation and funeral
arrangements of the late Steven Kamma Pirika (Minister Assisting Prime Minister on
Bougainville Affairs), wished the team all the best.
Avira said unlike the past when our boxers had to compete only against those from the
Oceania region in order to qualify for the Olympics, the challenge was now greater as "we have to be better than boxers from Asia” to win places to this global event.
Kendino said Aufa has to do his best on this trip as “ we really want him to get accredited at this level which will enable him to be at our boxers’ corner as only appropriately credentialed coaches are allowed in these areas, particularly for top class AIBA sanctioned events”.
SHARE THIS
Share it Tweet Share it Share it Pin it