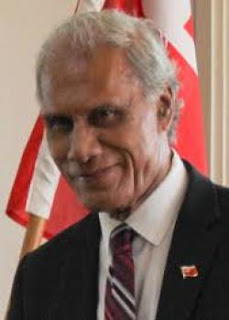 The Tonga Government is currently negotiating to sell some of its shares in Tonga Cable Ltd to Digicel to cover a shortfall in the funding it needs to connect Vava’u and Ha'apai to the submarine fibre optic telecommunications cable network that has linked Tongatapu to the rest of the world since 2013.

Poasi Tei, the Minister for Public Enterprises told the Tongan Parliament , that government, the major shareholder of the Tonga Cable Ltd is currently negotiating with Digital Tonga Ltd to buy about 20% of its shares in the public enterprise Tonga Cable Ltd. It would have the same number of shares as currently held by TCC, excepting that the shares are now more expensive.

Back in May 2014, the then Prime Minister, Lord Tu’ivakano pledged that Vava’u was to be connected to the submarine fibre optic telecommunication cable network by the end of 2014. It would mean a faster internet service for Vava'u.

It is now 2016, and the new government of ‘Akilisi Pohiva needs another USD$5 million to connect Ha’apai and Vava’u to the submarine fibre optic cable network that has connected Tonga to the rest of the world for two years. This is in addition to the funds already allocated by the World Bank.

The extension of the network to Vava'u and Ha'apai is crucial in order to use up about $5 million pa'anga (US$2.2 million) that was left over from the World Bank allocation to bring the submarine fibre cable to Tongatapu - or else the World Bank will take the funding surplus back.

When Lord Tu’ivakano made the announcement in Vava’u in 2014, Paula Ma’u the CEO for the project said government already had $5 million pa’anga on hand, money saved from Phase One. At the time, the plan was that after Phase Two, the next phase would be connecting Ha‘apai to the submarine cable network.

The issue of government negotiating to sell its shares in Tonga Cable Ltd to Digicel was raised in parliament by Lord Nuku on Monday the final day of parliament for 2015-16.

Lord Nuku said he was surprised that such an important negotiation was going on but Parliament was never informed. He asked the Prime Minister to explain why government was negotiating the sale of shares with Digicel instead of the Board of Tonga Cable Limited.

In response, PM Pohiva said a report will be submitted to Parliament once the negotiation was finalised.

Lord Fusitu’a also queried why government was selling its shares to Digicel, a foreign company. In response, Deputy PM, Siaosi Sovaleni said Digicel was a registered company in Tonga.

The two disagreed on share percentages. DPM Sovaleni said the existing shareholding is 80% for government and 20% for TCC, but Fusitu’a said that it is 79.9% and 18.1%. At the end, the real figures were not clear.

Questions were also asked over why government did not get the National Retirement Fund to invest their millions, sitting in banks at a very low interest rates, to invest in Tonga Cable.

The response from Poasi Tei was that they had been working very closely with the World Bank and the Asian Development Bank, and the most viable option was for Digicel to buy the shares at a price that they were still negotiating on.

Lord Tu’ivakano, who was the PM when Tonga Cable Ltd. was formed, reminded the House that Digicel and TCC were invited at the beginning to buy 20% shares each in Tonga Cable. Only TCC bought shares. He warned government to be aware that the World Bank has an affiliation body, the IFC that is a shareholder in Digicel.