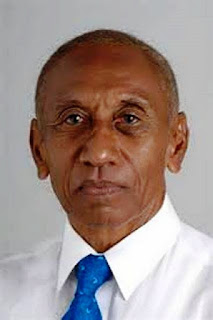 Sir Julius Chan, Governor of New Ireland, reaffirmed it was appropriate for local politicians and senior public servants to understand just how Waigani and other Provinces work.
New Ireland Officials concluded an exhaustive schedule of meetings with National Departmental heads, Ministers and other key stakeholders in Port Moresby.
“This is invaluable experience, and our people are now on a face-to-face relationship with the main people and officers who make decisions every day that affect New Ireland. This is a process of exposure that is simply impossible in Kavieng. The contacts made, and the understanding of how Waigani works, will pay dividends for New Ireland many times over in future.”
PIC and PEC met on Tuesday with an exhaustive agenda, endorsing a policy paper for the conversion of all high schools to secondary schools in 2016, with the intention of renaming all as colleges. Other policy papers were for the establishment of a Provincial Election Steering Committee, New Ireland Provincial Administration Restructure, Land Portions in Kavieng Town and the Composition and Funding for a Working Committee for the Provincial Council of Women.
Information papers brought before PEC were the on time completion of 2014 Old Age and Disabled Payment and Acquittals of grants to three mainline Churches in the province.
It was also a first when all the members of PEC sat in the Provincial Implementation Committee meeting. On the PIC meeting agenda were detailed updates on projects implemented by Public Works NI Limited, Provincial Works manager detailed Works department projects and Solar Lights Distribution.
The PEC meeting was followed by separate one-on-one meetings with respective heads of departments, the United Nations country office and all the media houses in Port Moresby.
Straight after PEC and PIC meetings Tuesday evening Minister for Petroleum and Kavieng Open member, Ben Micah hosted a private sector gathering attended by Minister for Mining and Namatanai Open member, Byron Chan, PEC members, New Ireland Senior government officials, the United Nations Rep, members of the Diplomatic Corps, Business partners and friends of New Ireland in Port Moresby set aside their other commitments to attend the successful night at the Gateway Hotel.
“The Investment Promotion Meeting gave our Presidents and PEC members the chance to meet the heads of many of the largest corporations and business houses in Papua New Guinea. They also met many of our major donors and other development partners. This is the beginning of a number of very significant relationships, and will rebound to the benefit of New Ireland again and again.”
Governor, Sir Julius Chan told guests that New Ireland is “open for business.” He said that New Ireland has worked for the last eight years to improve infrastructure, income-generating opportunities for the people, education and other services.
He invited businesses and development partners to come to New Ireland where “you will find a province ready to work, a province that operates openly and transparently. If you want to have success in implementing your projects and programmes, New Ireland is the place to be....”
Following the meetings in Port Moresby the New Ireland delegation split into four groups that travelled to different provinces in PNG to meet with Provincial officials to share ideas and to learn from the experiences of other provinces so those experiences can be applied in New Ireland. Groups travelled to Wewak, Alotau, Lae and Mt. Hagen/Goroka.
On return to New Ireland all of the participants will meet and discuss their different experiences, with particular attention on how to follow up on the contacts made in Moresby and how to apply the lessons learned in the other provinces to development strategies in New Ireland.
SHARE THIS
Share it Tweet Share it Share it Pin it