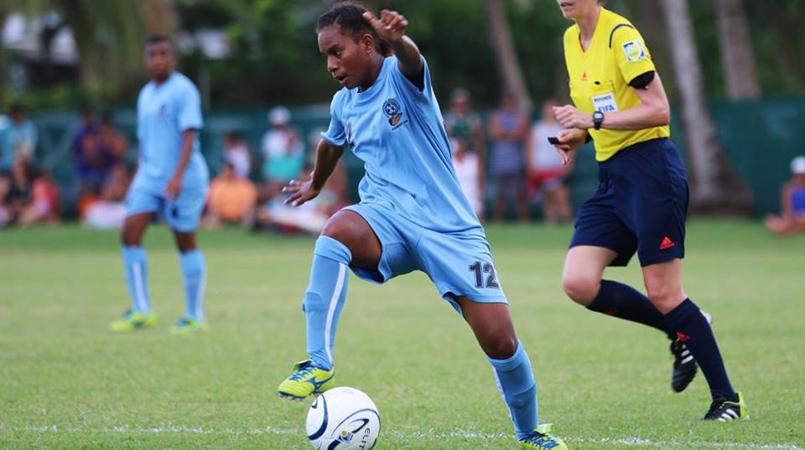 Vanuatu have edged past Fiji in a thrilling Group B match of the OFC U 17 women’s championship played at the CIFA Academy in Matavera, Rarotonga, Cook Islands .

Vanuatu’s Annie Gere put her team up front when she smashed the ball into the net in the 44th minute of the game.

Both teams put on an excellent performance in the first half with early saves from Ruth Tate to keep Vanuatu in the lead at half time.

Cynthia Ngwele scored Vanuatu’s second goal after latching on to a rebound in the 48th minute.

Fiji showed some nice build-up play, but Vanuatu were organised well at the back and closed it down

Koleta Likuculacula beat Tate to the ball and hit the ball into the back of the net for Fiji to equalize 2-2.

Leimata Simon raced in from behind the defensive line and placed her shot perfectly to put Vanuatu up 3-2 in the 83rd minute.