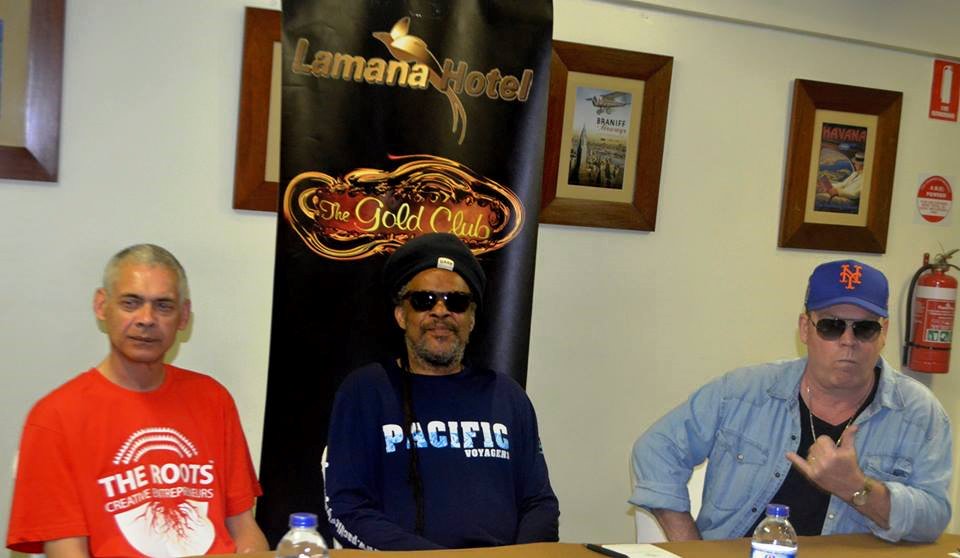 The popular British reggae band UB40 arrived in the country yesterday with the lead singer Ali Campbell, Singer Astro and keyboardist Mick to perform for two nights in Port Moresby.
This trip is UB40’s second trip to the country after their performance in 2014 at the Lamana Gold Club.
Band members Astro, Mick and Ali Campbell were very excited and looking forward to their performance, especially the one on Saturday at the Sir John Guise stadium which they are expecting a huge crowd.
Astro says their main focus for this trip is to include PNG among the countries that they usually tour every year.
“We are excited to be back in PNG and we had a great time the last time we performed here, but we played to a very few selective people so this time we want to change that by performing at the stadium where everyone can come and watch us perform” said Astro.
The band aims to extend their music to many people as possible and they are excited to perform at a stadium.
Meanwhile, the tickets for Lamana for the Friday performance are going for K250 for the Arena and K350 for the Balcony. The tickets for the Sir John Guise stadium performance on Saturday will go for K50 per person.
All tickets can be purchased at the Lamana Reception or any of the Stop and Shop outlets in Port Moresby.
SHARE THIS
Share it Tweet Share it Share it Pin it