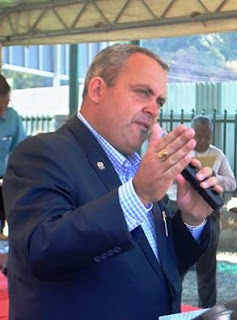 “Don Polye is slapping every rugby league supporter in the face with his call to give up on our rugby league players. Our Government will not abandon rugby league, the O’Neill/Dion Government will strengthen rugby league in Papua New Guinea. What absolute rubbish from Don Polye calling for funding to be taken away from supporting Rugby League, when a lack of funding from the Somare/Polye Government is the reason why the sport suffered."
“When we came to Government the rugby league administration in our country was in a dismal state with limited funding. We are rebuilding rugby league infrastructure in our country and we are investing in the junior leagues.Our SP Hunters served the nation proud last season and our national team will continue to build on the last season."
“While Polye questions if Papua New Guineans still love rugby league, I can assure you that we do love our rugby league. I know this because I talk to our people, particularly our grassroots people.”
The Minister said the Opposition’s desperate search for a news headline overlooks facts.
“We are increasing investment in other sports including soccer, cricket, athletics, swimming and AFL and we are seeing results.The people of our nation can easily compare the track records of the two Governments."
“Somare and Polye gave up on sport in Papua New Guinea, and the O’Neill Government is rebuilding sports in our country. An example of this is the way Somare and Polye gave up on the Pacific Games, and our Government led by Peter O’Neill stepped up to the challenge and delivered the best Pacific Games in history.”
SHARE THIS
Share it Tweet Share it Share it Pin it