No disaster relief assistance for Bougainville in 2015 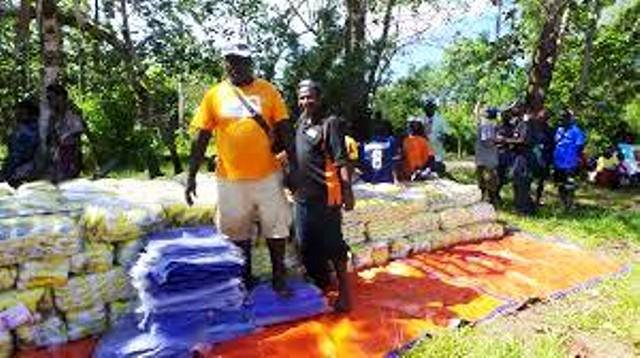 The Bougainville Disaster Office has not received any funds or assistance from the National Government and the Autonomous Bougainville Government to help people in the Atolls suffering from the drought caused by the Elnino weather in the country.

This was made know to us by the Disaster Director Mr Franklyn Lacy, who said the K7million commitment made by the National Disaster Center to assist in relief supplies to those affected in the area has not come through yet.

Lacy also made it known that the government approve of K2million from DSIP to be used for disaster relief has not been the case in Bougainville as him and his team have not received any assistance at all from the three open members and the Regional member as well.
"The people are suffering in silence and since 2015 nothing has been recieved by my office of any assistance from the National Government as well as from the ABG," said Mr Lacy.
Furthermore, Lacy said that the Bougainville Disaster Office has over K500,000 debt with a supplier which they will need to pay off this year when they receive disaster funds this year 2016.
"On Christmas Eve, we got some food items and other relief supplies from a supplier in Buka and distributed it to the people living on the Atolls of Bougainville to sustain them till next week."
" I have put an halt to the relief supply exercise, since we have proceeded on credit basis without any government assistance," said Mr Lacy.
He said they should continue once the National Disaster Center releases their funds when government accounts opens next week.