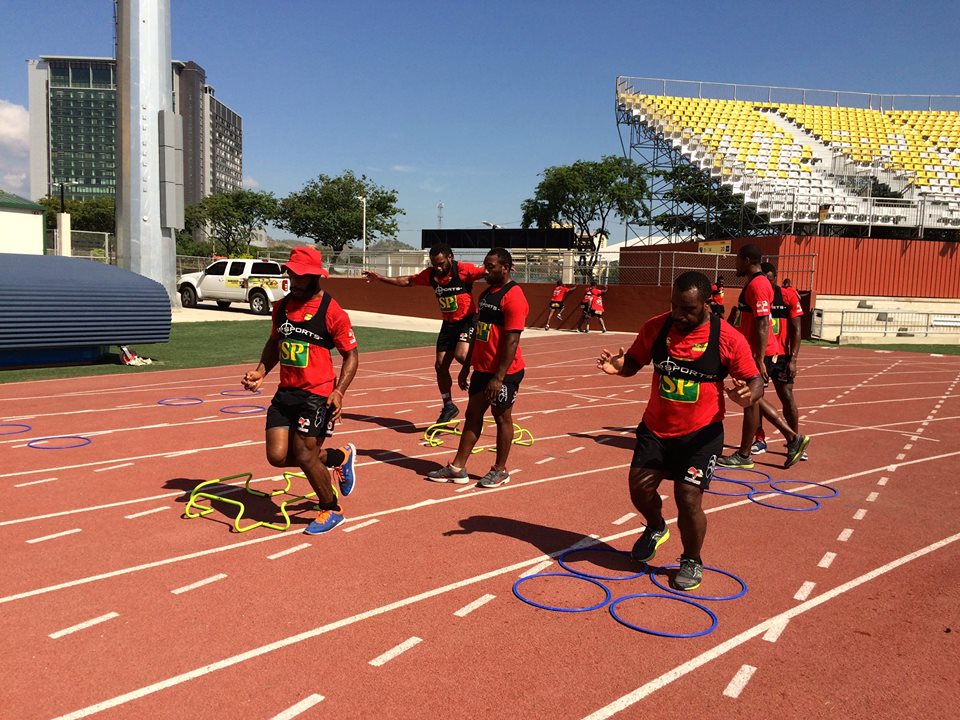 The Papua New Guine SP Hunters will play a trial match against the Penrith Panthers New South Wales (NSW) Cup side on Saturday 6th of February, 2016. The match will be played at PNG's National Stadium (Formerly Lyord Robson Oval). The game will coincides with official opening of the stadium.

In a statement released to the media, the PNGRFL and SP Hunters acknowledge the Rugby League Legacy associated with the NFS and believe that it is only fitting that PNG’s favourite team, the SP Hunters, officially open the Stadium with the game against Penrith.

The SP Hunters would like to thank the NFS Trustees for being given the opportunity to play the first game on the new stadium as we recognise the history that the oval shares with Rugby League in Papua New Guinea.

On the 6th of July, 1975 the first ever PNG Kumul team, under the Captaincy of Paul Chue, played the Great Britain Touring side, who were on their way to Australia, at the then Lloyd Robson Oval eventually losing 12 – 40.

Our game against the Panthers NSW Cup side will give the Port Moresby Rugby League community the opportunity to view the facilities that the new Stadium has to offer as well as see the 2016 SP Hunters perform for the first time. For our new players it will be their opportunity to impress Coach Michael Marum under match conditions in an effort to make the SP Hunters Squad for our first game against Souths Logan Magpies.
The trial at the NFS is a one off special event as the SP Hunters are still in negotiations in respect to our host venue for the 2016 Season.
SHARE THIS
Share it Tweet Share it Share it Pin it