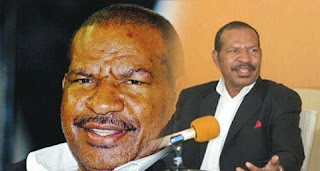 The National Court has reinstated Anderson Agiru as Hela Governor.
A decision was handed down this morning at the Waigani National Court in Port Moresby after a motion filed on Monday was heard yesterday.

Agiru filed the proceedings against the Provincial Executive Council members who elected Francis Potape as Governor on December 22 and 29th respectively.

He asked the court to allow him to perform as governor until the matter was properly heard.
Justice Derek Harthson temporarily restrained all parties from making decisions or taking any action regarding the resolutions reached by the PEC.