Strong wind and flood warning issued for most of Fiji 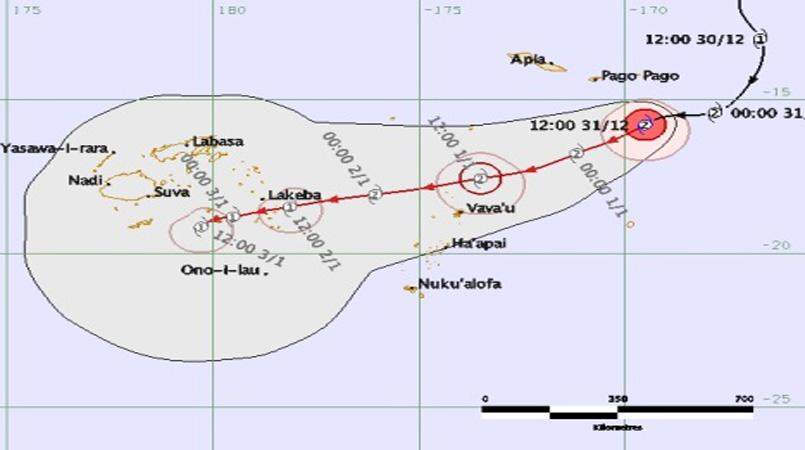 The Fiji Meteorology Office says Fiji is experiencing strong winds and heavy rain because of a tropical depression which lies slow moving over the country.

A strong wind warning is in force for eastern Viti Levu, Vanua Levu, Taveuni and nearby smaller islands, Lau and Lomaiviti group.

There will also be periods of rain, heavy at times and few thunderstorms over eastern and northern Viti Levu, Vanua Levu, Taveuni and nearby smaller islands, Yasawa and Mamanuca group.

A heavy rain warning is also in force for eastern and northern Viti Levu, Vanua Levu, Taveuni and nearby smaller islands, Yasawa and Mamanuca group.

A flood warning has also been issued by the Met Office for the low lying areas and areas adjacent to Wailotua station and areas downstream of Wainibuka River in the Eastern part of the main island of Viti Levu.

Water level at Wailotua was 5.35m at 4.45am today which is 1.85m above warning level and is increasing.

A flood warning is also in force for the low lying areas and areas adjacent to Nayavu station and areas downstream from Wainibuka River.

A flood alert is in force for the low lying areas and adjacent to Rakiraki town and areas downstream of Rakiraki town in northwestern Viti Levu.

Meanwhile, Tropical Cyclone Ula which has intensified and has developed in a category 3 system.

It was located 330km south east of Apia and is moving west south west at 11km per hour.

Fiji Meteorology Office Director Ravind Kumar says the estimated winds around the center of Ula are about 65 knots and it is expected to maintain a west south west track for the next 24 to 48 hours.

He says on the projected path, it is expected to lie 520km east of Lakeba in Lau in Fiji at 4am tomorrow.

Kumar says the system is expected to weaken as it approaches Fiji group and enter Fiji waters as a category 2 system early tomorrow morning.