Russia among 6 other countries to set up missions in PNG 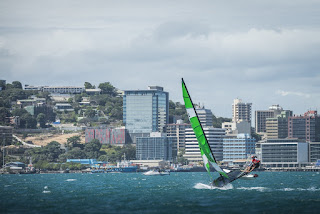 FOREIGN resident missions in Papua New Guinea will increase in the New Year with many countries opting to appoint consuls and honorary consuls.

Government officials said it was despite the negative perspectives of Papua New Guinea facing economic problems.

Currently, the PNG Foreign Office is also filling in some of its vacant offices abroad – one of which is Ambassador Lucy Begari who is set to take up the PNG office in Fiji.

Foreign missions to PNG now stand at 30, including embassies and consulates.

Officials said the increase in missions was being spurred by PNG preparing to host its biggest international meet – the 2018 APEC meeting.

While preparations are taking place, six top APEC nations are seriously considering setting up missions starting next year, a matter they have already communicated with the Government.

Out of these, 15 already have representation in PNG and they are Australia, Canada, Chile, China, Indonesia, Japan, South Korea, Malaysia, New Zealand, the Philippines, Singapore, Thailand and the United States of America.

Russia, Peru, Mexico, Hong Kong and Brunei Darussalam are currently negotiating with PNG to set up and prepare for their leaders meet in 2018. An added impetus to the growing interest in PNG is its potential economic growth, specifically from the first US$19 billion PNG LNG Project, and the possible second LNG and condensate project involving the French major Total SA, Inter Oil and Oil Search.

Canada’s Talisman Energy is hopeful it can bring together stranded gas fields in Western Province for a third LNG venture.

This also includes the petrochemical project to kick start in the New Year.