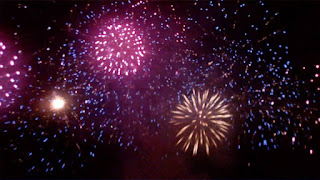 The city of Port Moresby was illuminated with magnificent display of fireworks last night   as residents  farewelled 2015 and welcome new year 2016.

The Lamana Gold Club as usually treated the residents with magnificent  display of  fireworks which coloured the skies of the city.  Party goers also danced their way into the New Year without any disruptions. No incidents were reported as of last night.