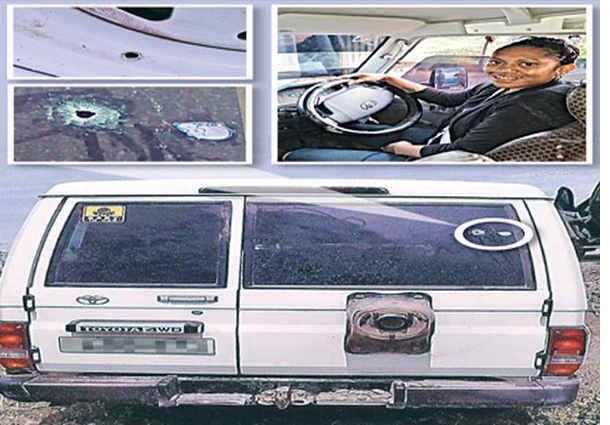 The rogue police officer who killed  Moana Pisimi earlier in the year in Lae city  has been sentenced to  30 years imprisonment.

Reading from his brief of the sentence, Justice Pitpit indicated that he finds the circumstances surrounding the shooting and the fatal shot killing the young mother to have been unwarranted.

He said there was no provocation, no self defense no justification and this killing is unnecessary.

Justice Pitpit told Baria that given his 22 years experience in the constabulary, he would be in a better position to make sound judgment whether to have fired that fatal shot or not even after the three warning shots followed by two shorts to the rear tyre of the vehicle.

Justice Pitpit also told Baria that the court accepts and finds that based on reports of PNG Constabulary Ballistic Officer in Charge (OIC) Senior Sargent Joseph Numbos, the shooter (Baria) would have been stationary or static at that time of firing the fatal shot to the back right windscreen.

As such the court finds that Baria is guilty of intent to cause grievous bodily harm thus amounting to the charge of murder.

He added that murder is a very serious offense and whilst a life has been lost forever nothing can be done to bring back the loss as such the penalty by law is life imprisonment however the maximum penalty can be considered based on case authorities.

Pitpit said the court has gone through all facts presented in court to determine the seriousness of the case in order to attract a severe penalty.

Information such as Baria was a member of a team of four policemen assigned to do beat patrol from the eve of new year (01st January 2015) to the next morning.

Justice Pitpit added that it was in the early hours about 4am in the morning of January 01st 2015 that Baria with his team whilst at the Chinatown police station received the police call claiming a stolen car chase in progress coming their way.

Facts presented also identified that the only two firearms in the police vehicle pursuing the car chase was a pump action shotgun and a M16 A2 rifle held by Baria.

Justice Pitpit also indicated that the high velocity M16 A2 rifle is a military issued firearm instead found its way to the police armory.

The car chase ended at Malahang industrial area and the policemen pursued the suspected stolen vehicle on foot after going off road to a dirt road.

Of the questions asked by the court, Justice Pitpit asked Baria that at that moment how did he intend to stop the vehicle and get the driver out given the fact that the vehicle was fully tinted?

Pitpit also asked that did it occur to him (Baria) that that he will seriously injure someone or was it his intention to flush out the occupant (driver) of the vehicle.

Justice Pitpit further added that of the undisputed primary facts the court finds that Baria fired the fatal shot to the right blackhead of Pisimi penetrating her skull and exiting. The court finds that prior to the prisoner firing the set of shots he had thought about it and made a decision to fire the shots.